From Harry Potter and the Sorcerer’s Stone, Chapter 7, “The Sorting Hat”:

When everyone had eaten as much as they could, the remains of the food faded from the plates, leaving them sparkling clean as before. A moment later the desserts appeared. Blocks of ice cream in every flavor you could think of, apple pies, treacle tarts, chocolate eclairs and jam doughnuts, trifle, strawberries, Jell-O, rice pudding…. 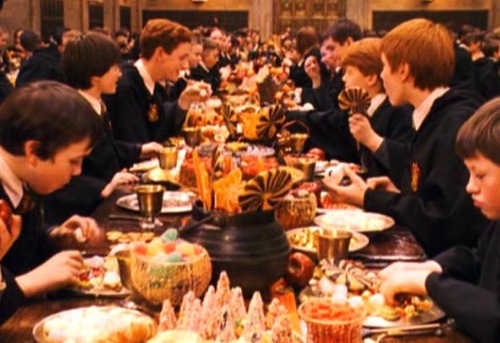